The two-day science festival, organized by the District Administration in collaboration with Udhyaana, Swat Education Department and Pakistan Alliance for Maths and Science ended on Thursday. The premier festival witnessed a massive attendance of 13,500 students from more than 100 government schools and science enthusiasts over two days at the Khadee Hall in Saidu Sharif.
Being the largest science festival held for students in Swat, the festival is a shining example for district administrations and district governments across Pakistan who can replicate this model in their regions. Such events are especially important in rural areas of the country to familiarize school administrations, teachers and students with unique ways to teach and understand basic science concepts in an interesting and engaging manner. Additional Deputy Commissioner Faisalabad Khalid Farooka also attended the festival and met with his counterparts in Swat to discuss inter-provincial coordination and best practices for upcoming Faisalabad Science Festival in May.
Students from all over Swat district participated in the festival, setting up over 150 stalls to showcase their creative exhibits on different themes and aspects of science. Many students had designed their models based on solutions required to fix Swat’s urgent problems such as road infrastructure, electricity supply and water management. This was a clear indication of the interest children of Swat have to use everyday science to take care of issues in the development of their cities.
During the closing ceremony, DC Swat Shahid Mehmood emphasized on the role of Science and Technology in the society and E-Governance. Former Member of Parliament Bushra Gohar stressed on the need for local administrators to invest more in STEM education, especially for girls and encouraged teachers and providers to help children explore various dimensions of science so that the solutions and models they presented at the forum could be practically implemented. Dr Jawad Iqbal of Udhyaana requested the government to provide teachers with the latest digital tools and training to help them improve their science instruction in classes, and work on updating the content in school syllabi so Swat’s children are able to compete at international education forums. Deputy Commissioner Swat Shahid Mehmood announced to establish science labs in all government schools of Swat and promised to arrange science festivals of this scale every year.
Prizes were distributed to schools’ headmasters and students by the DC Swat, Bushra Gohar, former MNA Jameela Ahmad, former provincial minister Wajid Ali Khan et al in five categories: primary, middle, high, and higher-secondary and college level. The organisers also thanked the six science organizations, namely Pakistan Science Club, AZCorp, Numerica, Sabaq, Learn-o-Bots and Stemmers, that captured the attention of children through various hands-on science and maths activities and storytelling sessions throughout the two days.
At the end of the closing ceremony DC Swat Shahid Mehmood thanked all the participants. 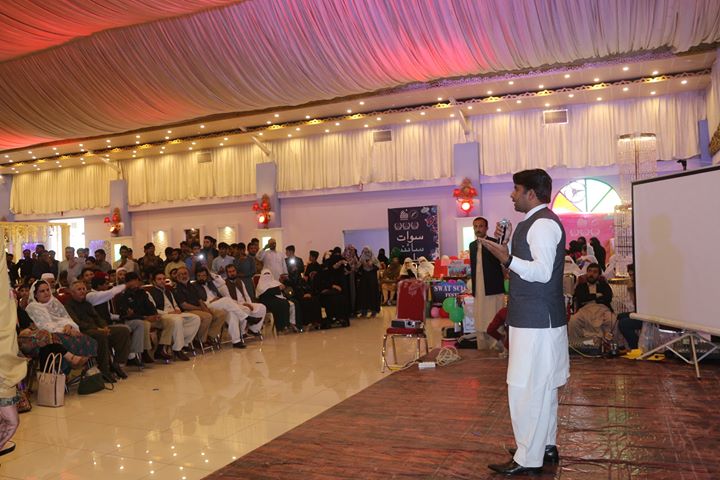 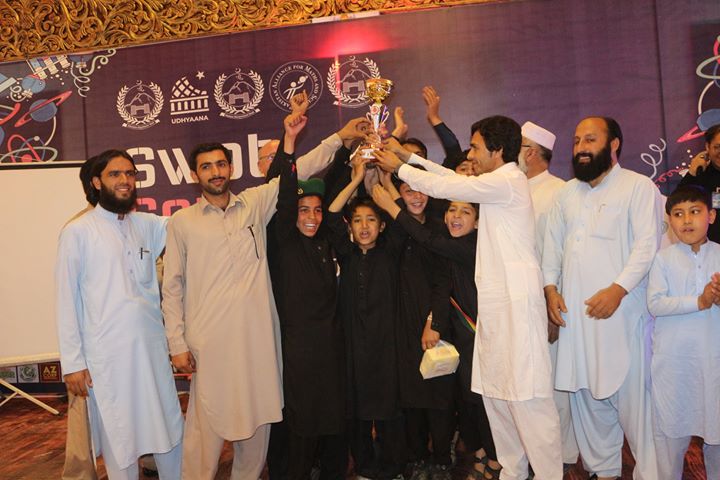 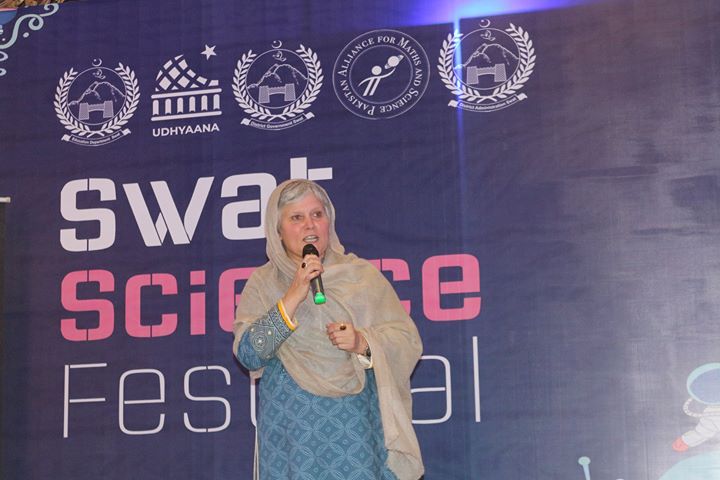 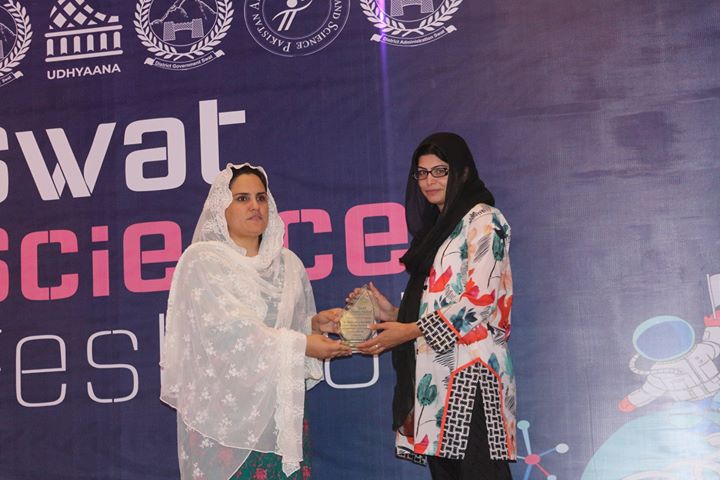 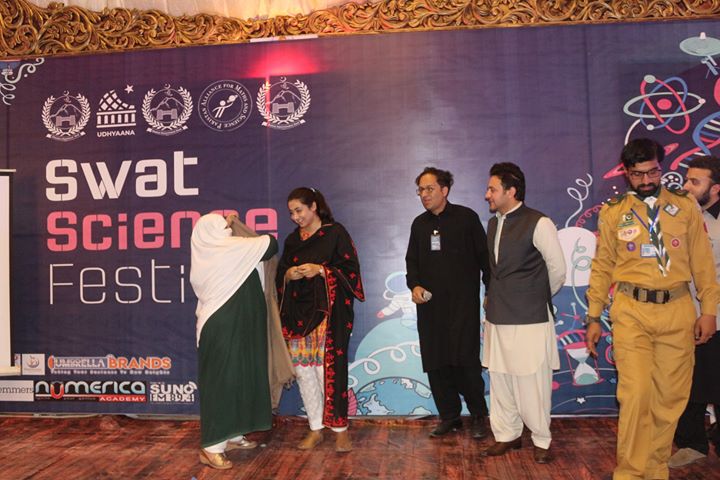 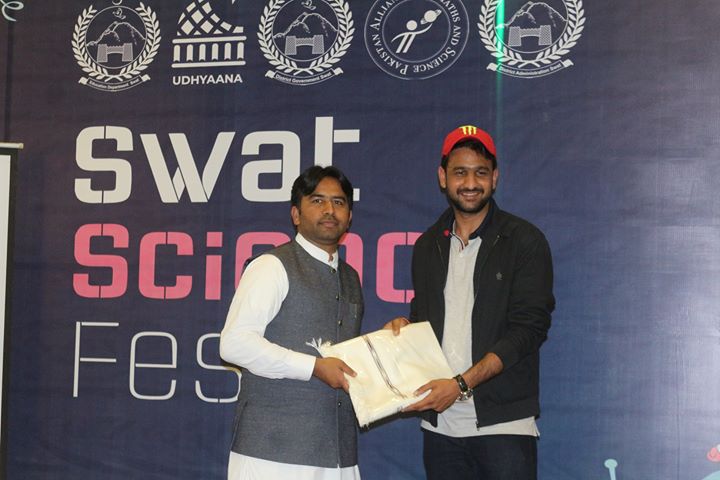 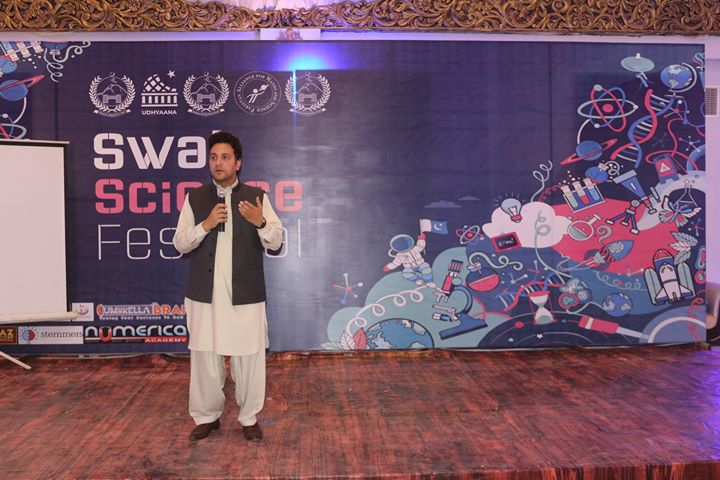 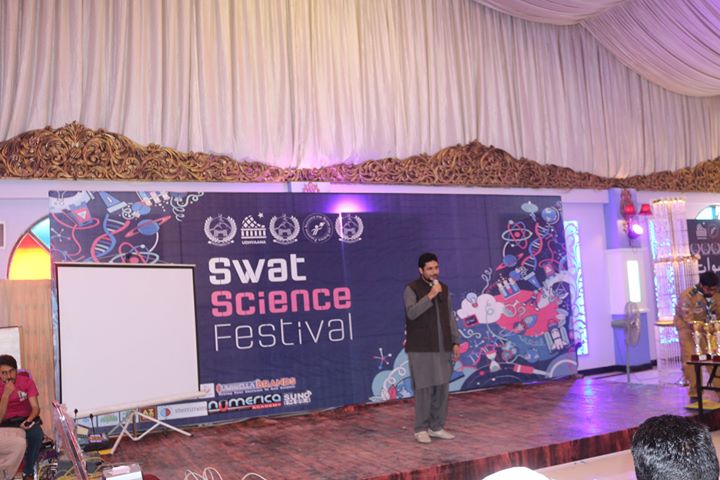 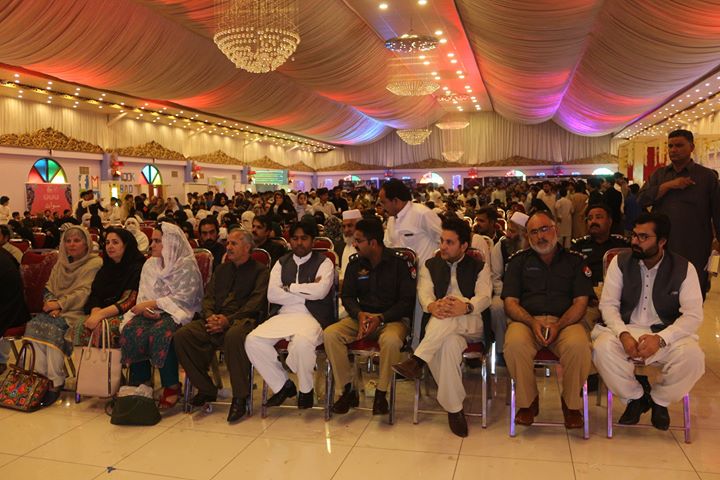 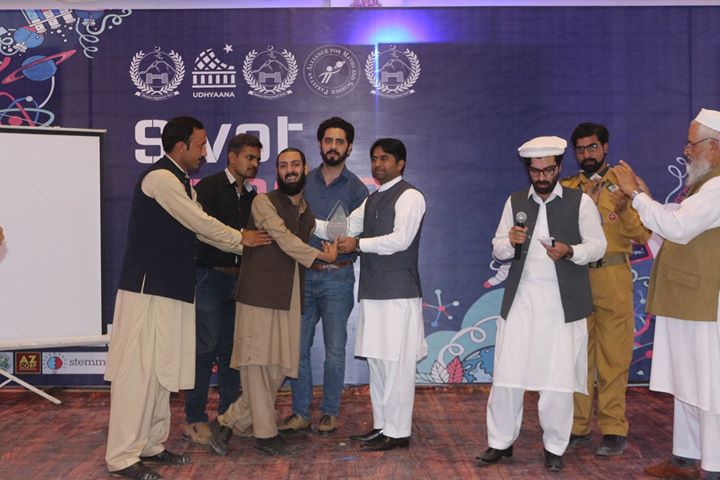 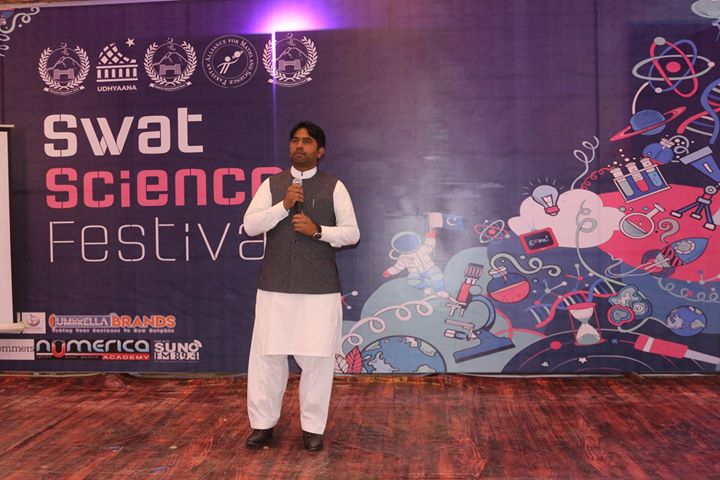