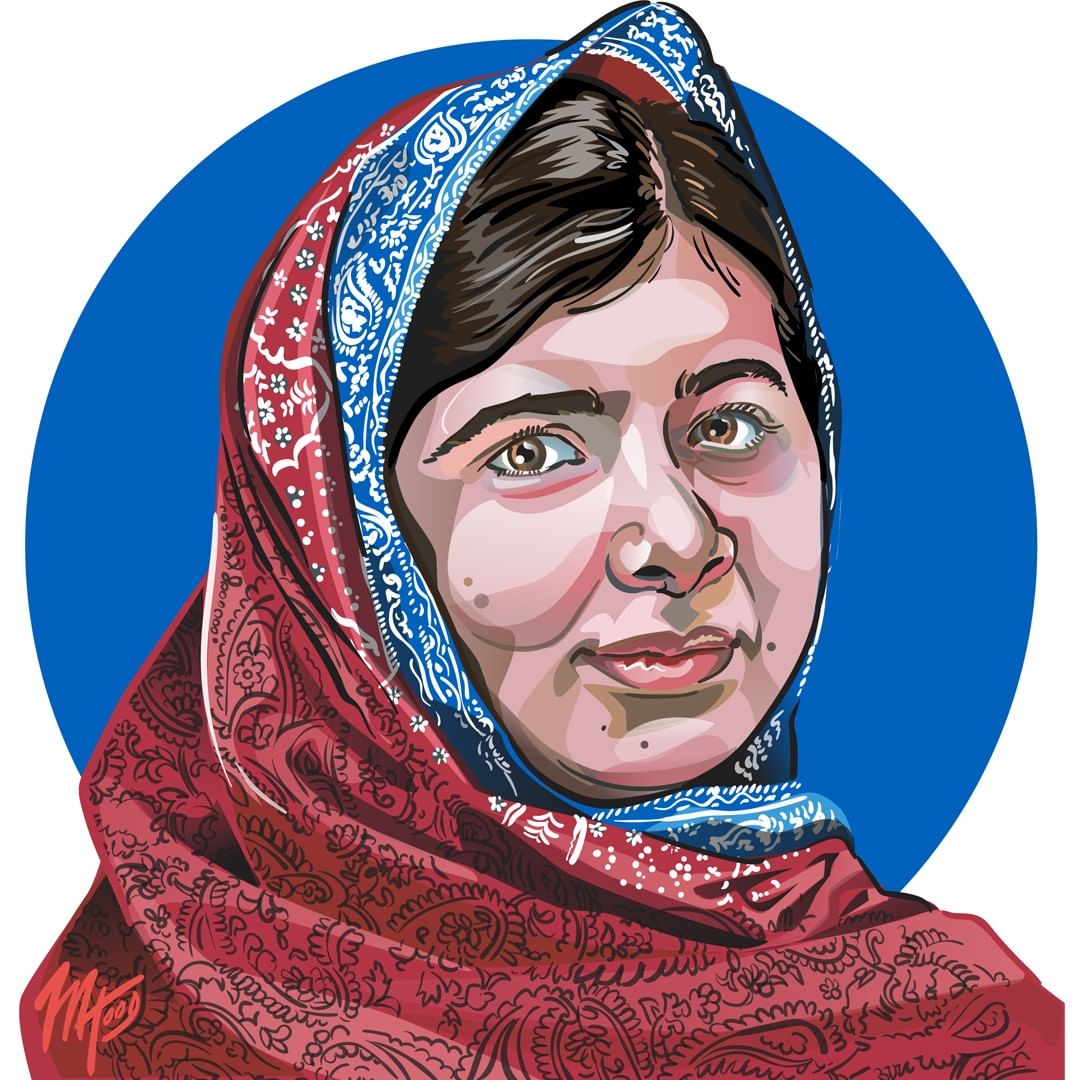 Because of her commitment to girls’ education and her bravery in the face of religious zealots who tired to murder her for her activism, Malala Yousafzai at the age of 17 became the youngest person to ever receive the Nobel Peace Prize.

Malala was born in 1997 to a Pashtun family in the Swat region of Pakistan. Her father was an educator who ran a series of schools. But secular education—particularly the education of girls—was a dangerous proposition in Pakistan in the early 2000s. The Tehrik-i-Taliban, a militant group of Islamist extremists, was fighting the Pakistani military for control of the country.

The Pakistani Taliban was actively blowing up schools and forbidding the education of girls. An uneasy peace fell over the Swat Valley in 2009 and girls were allowed back in schools, but faced heavy restrictions.

The Urdu version of the BBC, in an attempt to cover the story of life under the Taliban in Pakistan, sought out a female student who would blog about her daily life. Most families thought it was too dangerous an assignment, even if the blogger remained anonymous. Eventually, Malala’s father volunteered his 12-year-old daughter.

Between her father’s educational activism and Malala’s blog, she became a target of the Pakistani Taliban. On October 9, 2012, a masked gunman stormed Malala’s school bus, demanded to know which child was Malala and then, when she was identified, shot her in the head.

Miraculously, she survived. She received care at a local hospital and was transferred to a hospital in the UK. International condemnation of the assassination attempt was swift, and it cast the spotlight even brighter on the plight of women and girls who opposed Sharia law.

After her recovery, Malala remained in Birmingham and became a prominent educational activist and advocate of women’s rights. She co-authored a book, “I Am Malala” in 2013, and it became an instant international bestseller.

In October 2014, Malala was named as the recipient of the Nobel Peace Prize for her “struggle against the suppression of children and young people and for the right of all children to an education.”