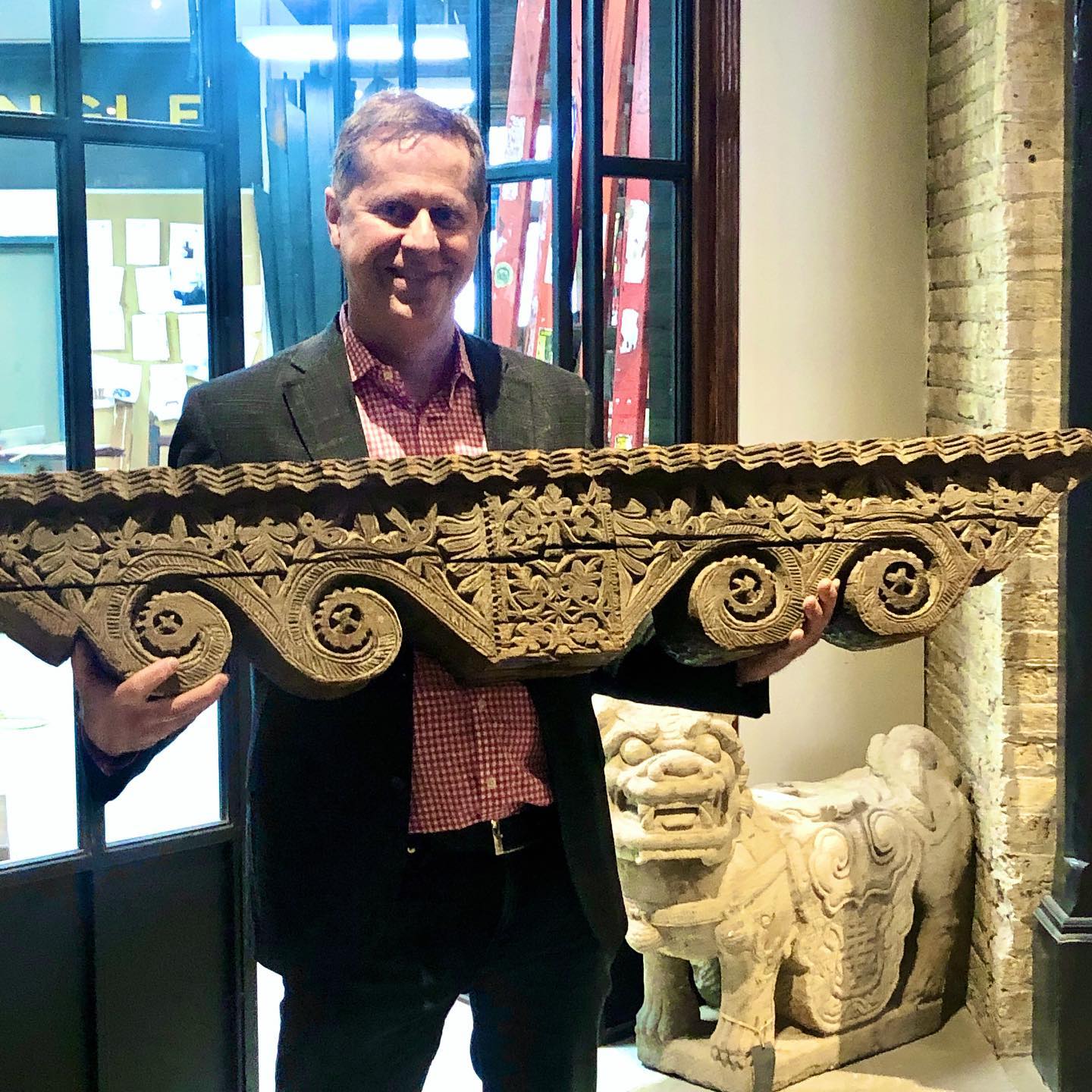 I actually learned a new thing yesterday! I had a long chat with my new neighbor, a stylish septuagenarian, an architect and a Greek, from the island of Zakynthos. After talking about the messy road construction on Grand and messy politics in Chicago, we quickly escaped to the topic of history -Greek history. I learned so much! My only contribution: I pulled an architectural fragment from my back room, a column capital from Pakistan, purportedly decorated with Greek motifs dating back to Alexander. I said “it’s ionic, like on the temples, based on papyrus.” He said: “Douglas, it’s Ionian, from the islands. That curve is a wave breaking. No part of Greece is far from the sea, it’s found on everything…” Island Greeks in the Hindu Kush? It’s too cool to fact check (and probably true). I love collecting and sharing these stories. @thegoldentrianglechicago