My grandfather, Sahibzada Khurshid (in Solar Topi), Governor N.W.F.P. at the time being welcomed by the Wali of Swat, Miangul Abdul Wadud in 1949.

The occasion was the abdication of the Wali, and the enthronement of his son, Miangul Jahanzeb, as the new Wali of Swat.

Standing next to my grandfather is his ADC, Captain Akbar Shah. Akbar Shah later in life became Pakistan's ambassador to the UAE and the Vice Chancellor of Baluchistan University 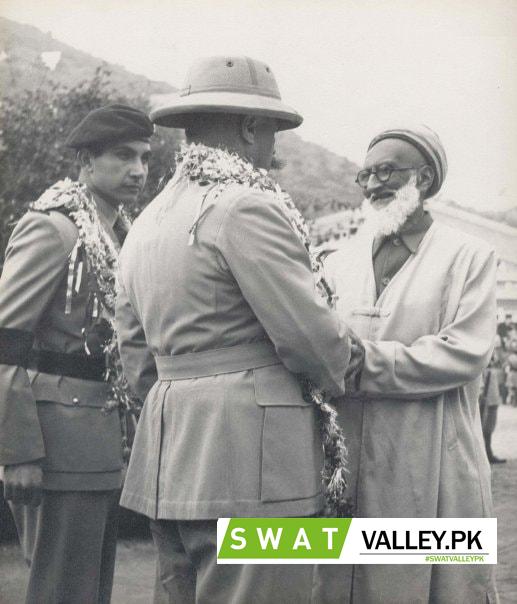 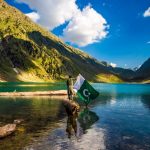 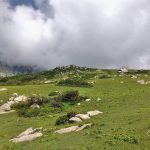