This Mercedes Benz 200 car bearing registration no SW-8, belonged to the the founder of Public School Sangota Swat, and ruler of Swat, His Highness Miangul Jehanzeb, that thankfully is in safe custody of the Sangotian brothers Javed Iqbal and Zahoor Iqbal (71 Batch).
The two brothers maintain the car to their best abilities having specially ordered its replacement mechanical and body parts from Germany that gives it a look, as if just rolled out of factory.

The car has a great history being used by the Wali Of Swat for his official visits both inside and outside Swat during the golden period of Swat when Swat was a heaven on earth both in terms of its flora and fauna and unprecedented peace and economic prosperity that served as envy of the world and its leaders for good governance.

Today Swat is infamous for many reasons political, ecological cultural and heritage. Sadly none of the Swat cultural heritage survived after its merger on 28th July 1969, a worst example of bureaucratic apathy and mismanagement of which Pakistan is a victim Swat being no exception.

On request of AOOS, this car one day will be driven by Prince Miangul Adnan Aurangzeb with his family to Public School Sangota Swat, and remain on display for a whole day at the school, as grim reminder of its past grandeur and glory to the future generations who are sadly unaware of their proud past.

Write Up : By Asim Effendi for the Association Of Old Sangotians (Public School Sangota Swat Alumni 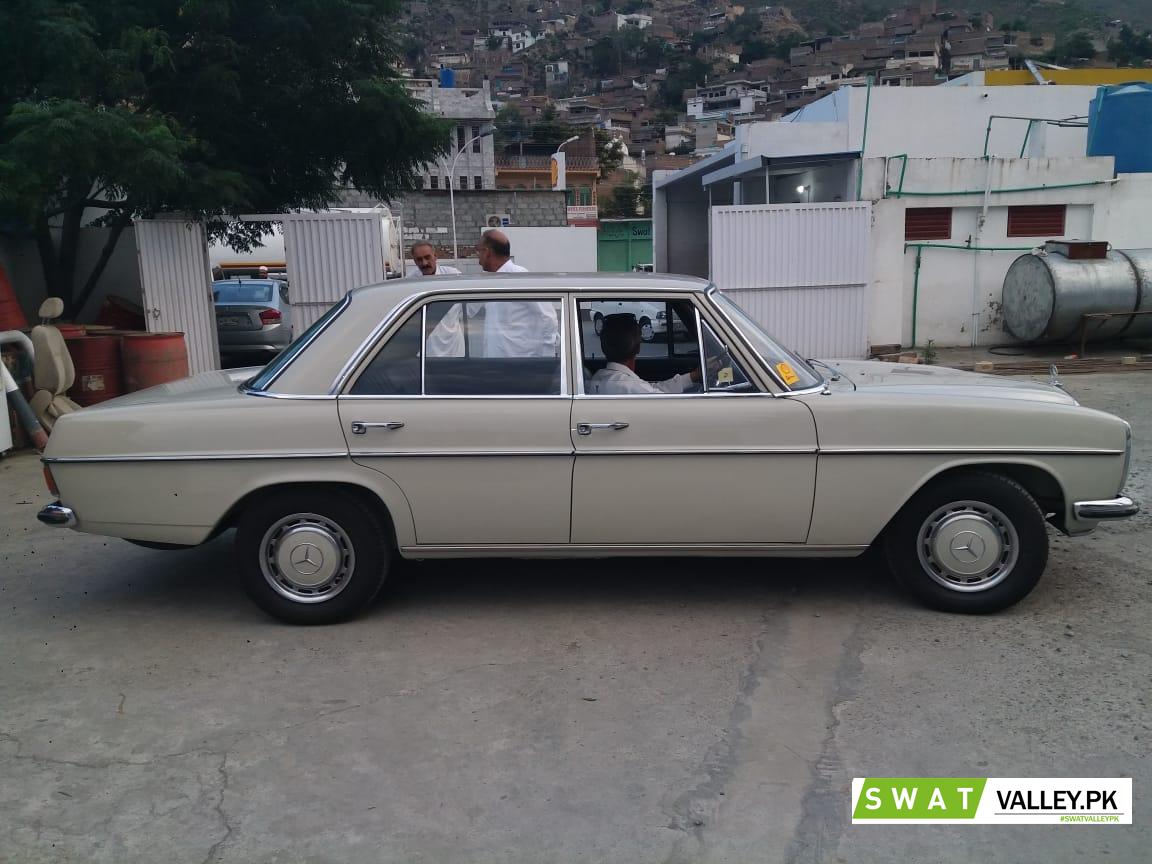