Neelum District[1] (additionally spelt as Neelam; Urdu: ضلع نیلم‎), is the northernmost district of Azad Kashmir, Pakistan. Taking over the bigger a part of the Neelam Valley, the district has a inhabitants of 191,000 (as of 2017).[2] It was badly affected by the 2005 Kashmir earthquake.
The Neelum River was recognized earlier than Partition as Kishan Ganga and was subsequently renamed after the village of Neelam.[4] It flows down from the Gurez Valley in Indian Jammu and Kashmir and roughly follows first a western after which a south-western course till it joins the Jhelum River at Muzaffarabad. The valley is a thickly wooded[citation needed] area with an elevation ranging between 4,000 toes (1,200 m) and seven,500 toes (2,300 m), the mountain peaks on both facet reaching 17,000 toes (5,200 m). Neelum Valley is 144 kilometres (89 mi) lengthy.
tourism swat valley 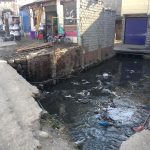 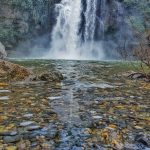