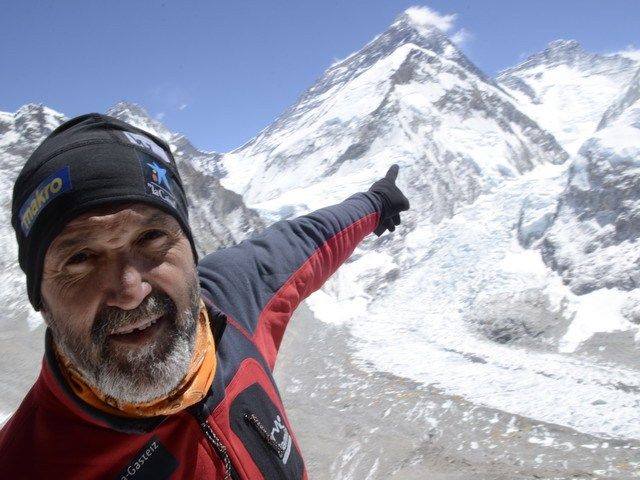 Juan Eusebio Oiarzabal Urteaga commonly known as Juanito Oiarzabal is a noted Spanish Basque mountaineer and has written four books on the subject. He was the sixth man to reach all 14 eight-thousander summits, and the third one in reaching them without supplementary oxygen. He was the first person to conquer the top 3 summits twice (Everest + K2 + Kangchenjunga), and was the oldest climber to summit Kangchenjunga, at almost 53, until Carlos Soria Fontan made his successful attempt in 2014, when he was 75 years old. In 2004, he lost all his toes to frostbite after summiting K2.

In 2009 he announced he wants to become the first person in history to reach a “double 14”, summiting each 8000er twice. In April 2010 he reached 24 eight-thousanders, after climbing Annapurna, a world record. In 2011 he climbed Lhotse for a second time, which was his 25th eight-thousander.