Malam Jabba is home to the only ski resort in Pakistan.[1] The area also contains two Buddhist stupas and six monasteries that are scattered around the resort. The presence of the monuments at such a height indicates that the area has been inhabited for over 2000 years.

Malam Jabba ski resort[edit]
The Malam Jabba Ski Resort, owned by the Pakistani Tourism Development Corporation, had a ski slope of about 800 m with the highest point of the slope 2804 m (9200 ft) above sea level. Malam Jabba Ski Resort was possible due to the joint efforts of the Pakistan government and its Austrian counterpart. The resort was equipped with modern facilities including roller/ice-skating rinks, chair lifts, skiing platforms, telephones and snow clearing equipment.[citation needed]

Resort will be first of its kind in Pakistan with mega facilities for winter sporting and adventure tourism.
tourism swat valley 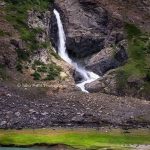 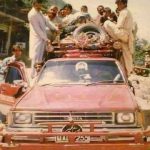