Top Dara Stupa is one of the most historic Stupa in history of Malakand Division. This stupa belongs to Hindu Shahi Period.
When You cross Malakand Pass and Chakdara (Pul Choki ) so there is junction give rise to two road one is to Swat and the other is to Dir, After Passing through Thana Bypass, there comes Haibat Gram, On right Side of Haibat gram there is a kind of narrow road coming toward this Stupa. You can use your own vehicle coming to this stupa in short the whole journey can be done by using of vehicle.
When your eyes drop on the stupa first you will be dishurted because of the present condition of stupa which is really in a worst condition and almost completely damaged.
According to some historians and Archeologists it was present in a fine condition during 20th century , and during the princly state of Swat it was in enough good condition but after that its declined period started in which it is half demolished by Public. Some people worn it out and dug it for searching of treasure and it was completely destroyed inside by the robbers in order to get Golds and ornaments, now this stupa is hollow from inside or you can say its inside region is completely demolished. This stupa had five storeys but now it seems that it has only one roof. When you see the stupa from the back side so you will find just a wide wall, it seems that is just a wide wall because it is completely worn out from the base.
The present condition of this Stupa is not so well but it has archaeological value to attract archaeologists and historians because this is very old stupa in Malakand division and the visitors’ should visit such a place full of archaeological importance.
Majid F.Masaud 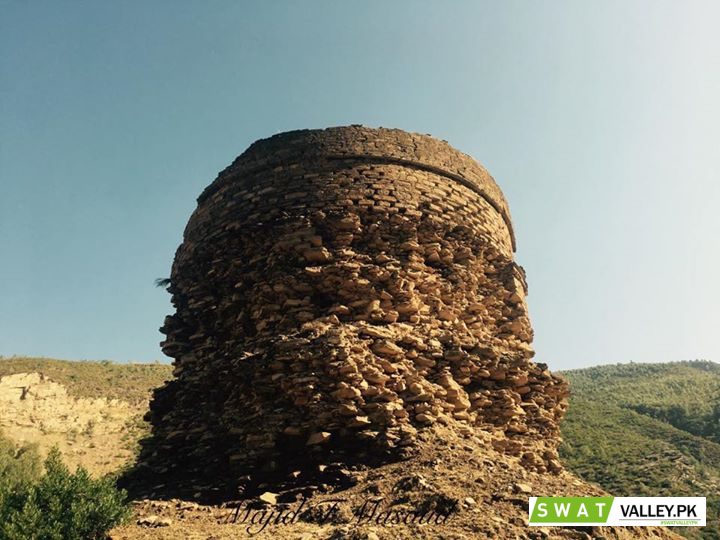 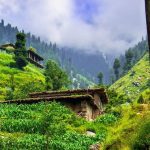 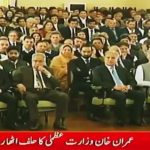