Swat (pronounced [ˈsʋaːt̪], Pashto: سوات, Urdu: سوات) is a valley and an administrative district in the Khyber Pakhtunkhwa Province of Pakistan located 160 kilometres (99 mi) from Islamabad, the capital of Pakistan. It is the upper valley of the Swat River, which rises in the Hindu Kush range. The capital of Swat is Saidu Sharif, but the main town in the Swat valley is Mingora.[1] It was a princely state (see Swat (princely state)) in Khyber Pakhtunkhwa until it was dissolved in 1969. With high mountains, green meadows, and clear lakes, it is a place of great natural beauty that used to be popular with tourists as “the Switzerland of Pakistan”.
Contents
[hide]

The names found in ancient sources for Swat are Udyana and Suvastu because of the scenic beauty of the valley and the name of the river respectively. Swat has been inhabited for over two thousand years. The first inhabitants were settled in well-planned towns. In 327 BC, Alexander the Great fought his way to Udegram and Barikot and stormed their battlements. In Greek accounts these towns have been identified as Ora and Bazira. Around the 2nd century BC, the area was occupied by Buddhists, who were attracted by the peace and serenity of the land. There are many remains that testify to their skills as sculptors and architects. In the beginning of the 11th century AD, Mahmud of Ghazni advanced through Dir and invaded Swat, defeating Gira, the local ruler, near Udegram. Later the land was taken over by the Dilazak, who in turn were ousted by the Yusufzais. The originator of the present family of Swat was the Muslim saint Abdul Ghafoor, a Safi Momand of Hazara district, from where he went to Buner territory. He was a pious man and the people respected him so greatly that they called him AKHUND SAHIB.[2]

It was the mid-19th century when Muslim tribes were fighting against each other for the possession of Swat Valley. On the intervention of the honourable Akhund Sahib, the killing was stopped, and such was his influence that the chiefs of all tribes unanimously made him the ruler of the valley. Akhund Sahib administrated the valley according to Muslim laws. Peace and tranquility prevailed, and agriculture and trade flourished in the territory. Akhund Sahib had two sons by his wife, who belonged to Nikbi Khel.

After the death of Akhund Sahib, the tribal chiefs again started fighting and killing, which continued for years. Eventually the tribal chiefs agreed to give the control of the valley into the hands of the honourable Gul Shahzada Abdul Wadood, the son of Mian Gul Abdul Khaliq, son of Akhund Sahib. The wife of Mian Abdul Wadood was the daughter of Honorable Mirza Afzal-ul-Mulk, the ruler of Chitral. The British by trick put Chitral under the suzerainty of Kashmir. The Chitral ruler gave two horses every year to the Rajia of Kashmir, and the Raja provided Chitral with grain and sugar, etc. Swat thus went under protection of the British.
tourism swat valley 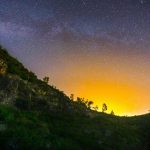 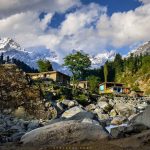