Benches & dustbins in Swat tourist sites installed
PESHAWAR: The Tourism Corporation Khyber Pakhtunkhwa under the World Bank project for Economic Revitalization of Khyber Pakhtunkhwa and Fata (ERKF) has installed benches and dustbins at various tourist places in the scenic Swat valley.
Some of the serene spots in Swat valley were giving an ugly look because of a record number of tourists who visited these places this year but they had left them littered with plastic bottles, snacks packs and other wastes.
However, the TCKP took initiative and placed benches and wastebaskets in Kalam, Behrain, Madyan and other tourist attractions in Swat valley to facilitate the tourists and visitors.
Tourism Corporation Khyber Pakhtunkhwa (TCKP) Managing Director Mushtaq Ahmed Khan said that work on the installation of benches and dustbins was continuing in the tourist resorts across the province.
He said the World Bank under the ERKF project had earlier also installed benches and dustbins in Berir, Bamburat and museum in Rambur in Kalash valley.
He said that tangible steps were being taken to provide every facility to the tourists during their visit to the scenic places in Khyber Pakhtunkhwa.
He added that introduction of tourist policing, establishment of tourist information centres in Swat, Naran and elsewhere and setting up of tented village on the occasion of religious festival of Kalash community in Kalash valley were the worth mentioning initiatives.
He said that work on the tourism and beautification projects in Kalam and Naran was in full swing besides setting up camping pods in Hazara and Malakand divisions.
The official said that camping pods in Thandiyani, Sharan and Bashigram had already been opened for the tourists.
He said the tourists had demanded the establishment of such camping pods in other tourist places so they could not face any problem of accommodation during their stay. 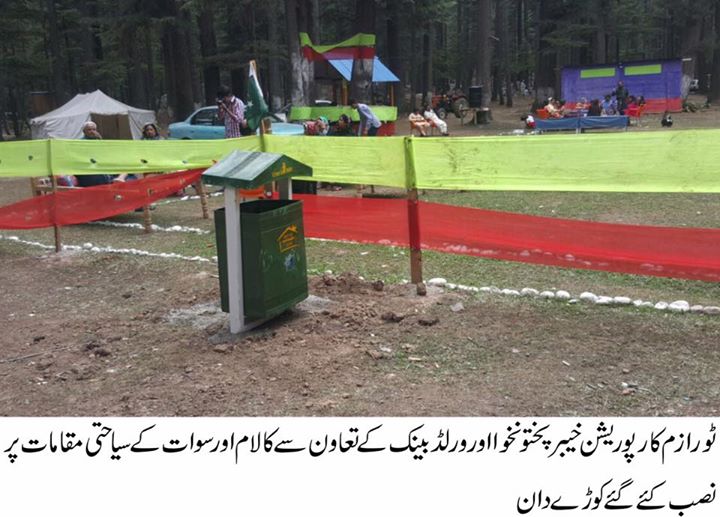 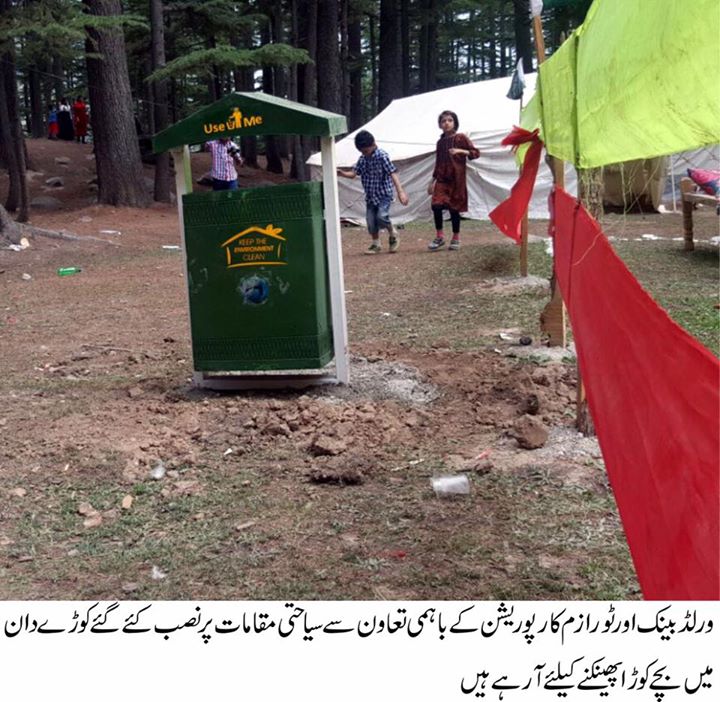