دوہ سرو چوٹی،، اَگین اینڈ اگین۔۔۔۔🙆 بلندی: 10،100 فِٹ اے ایس ایل۔۔۔ آپ بھی سوچتے ہونگے، خانہ بدوش کو کوئی اور جگہ نہیں ملتی جو بار بار دوہ سرو چوٹی دیکھنے ہی جاتا ہے۔۔
ایک جگہ دیکھنے کے بعد دوبارہ جانے کی کیا ضرورت پڑی، وہ بھی اسی ایک مہینے کے اندر۔۔۔۔
جگہیں تو سوات میں بہت ساری دیکھی ہیں۔ منزلیں ہیں کہ ختم ہونے کا نام نہیں لے رہیں۔ اشتہا ہے، اشتیاق ہے، تجسس ہے اور حسن کی رعنائیاں ہیں۔ آوارگی ہے اور ہم ہیں دوستوں۔
اس بار دہی لینے دوہ سرو گئے۔ ہاں بھئی مزاق سمجھیں یا پاگل پن۔۔۔ جیسے بچہ دودھ اور دہی لینے مارکیٹ جاتا ہے، دودھ لاکر دھی بھول جاتا ہے تو اسے دوبارہ جانے کی حظ ضرور اٹھانی پڑتی ہے۔۔۔
اس بار الگ راستہ چن لیا گیا۔ بار بار ایک ہی راستے پر جانے والے جلد اکتا جاتے ہیں۔ کچھ کھوجنے کا تجسس… More
Height: ft asl You might also think, the gypsy doesn’t find any other place that goes to see the duh cypress again and again
What is the need to go again after seeing one place, that too within the same month
I have seen many places in Swat. There are destinations that are not taking the name of ending. There is an appetite, ishtiaq, curiosity and beauty. There is a wandering and we are friends.
This time they went to buy yogurt. Yes, do you think it’s a joke or a madness As a child goes to the market to buy milk and yogurt, and forgets the bold after taking milk, he must have to take care of going back again
This time a different path was chosen. Those who go on the same path again and again get bored. The curiosity of finding something goes to sleep long. We had to go, we thought the path should be new, the destination should be old.
Departed from Mingora. Went to Mangalore. Passed through Mangalore Bazaar on the road to Banjot village. A very crushed road from Banjot goes very high. This road is built for bike or four wheel drive. We were on bike. I was there and a good friend Shiraz Khan. He was going to get yogurt, I went along. Actually he didn’t know about the shop, he was afraid too, so I had to go along. If the roads are difficult, a friend cannot be left alone. I think this is the extreme of conditioning. So had to go forcefully
The road goes to the village named Jaband. The mountain is the road and the road is missing after reaching Jaband. It means to go forward. We left the house at pm. We left after buying some of the needed things. We left for two and a half hours. Reached jaband village. Started walking ahead. There was a few way in the middle of the hill, we walked. On the left there was a river of transparent water flowing. The journey continued along the river. We were a little late in banda named leono dab Stopped for. Took some shopping from the hollow shop and walked. We failed our night stay in the village ′′ Uzbaka ′′ and continued the journey. In the dark of the night we reached a place in the sky. There was nothing but the shining stars. The river was there but could not be seen. The noise of the flowing water was shouting, ′′ Brother, we are with you in the dark night. There is no need to be afraid, if you are in disaster Everyone will bear. ′′ Suddenly the sounds of dogs barking came from very close. Immediately after the torch light fell on us. Our eyes were pierced, as if you get light in the dark after the long time, you endured the eyes. Can’t keep void. The male voice forced us to stop. It was a banda of two or three houses. There was a wooden mosque. No electricity. No electricity needed. Which of these people would have spent their lives here? In the early summer, shepherds, including cattle, come and inhabited places for a certain period of time. With the arrival of winter, these bands become deserted and the inhabitants go to their native homes.
Our hosts humbled us with milk and rice. We didn’t eat rice and didn’t drink milk. We made mutton embroidery. Made tea from hosts milk by eating delicious and lovely mutton embroidery, drank and took selfies with the stars And slept in the mosque.
Next Sauveer hosts brought tea. After prayers and tea, they went back to pick yogurt. Mistakes of mountains and river sometimes crossing from here and sometimes from here, we reached Kond Dub. A beautiful pasture on the Kond Dub heights. From here, beautiful views of Shangla district are seen very closely.
The yogurt shop was still two hours away. Now it was climbing. Sixty percent of the climb before. The climbing was a bit high. Climbing the hill slope we reached a herd of trees in an hour. Now We saw a yogurt shop. Took another hour to reach the yogurt shop. Yogurt was not found. We took a few pictures. Made tea. And some other accessories we brought with tea, drink and without Yogurt’s son-in-law returned (Yogurt shop means duh cypress chuti and yogurt means plant collection for Shiraz Khan’s M Phil (Batni). This disappointment chose Banjot Valley for plant collection. Last resort for plant collection is Duh Sara Chuti It was. He got success and I had to bear humiliation. My humiliation was included in my pleasure)
Anyway,,, the writing is a bit long,,, Remove the anger from the pictures. 😀💗😀
۔۔۔۔۔۔۔۔۔۔۔۔۔۔۔
Gypsy · 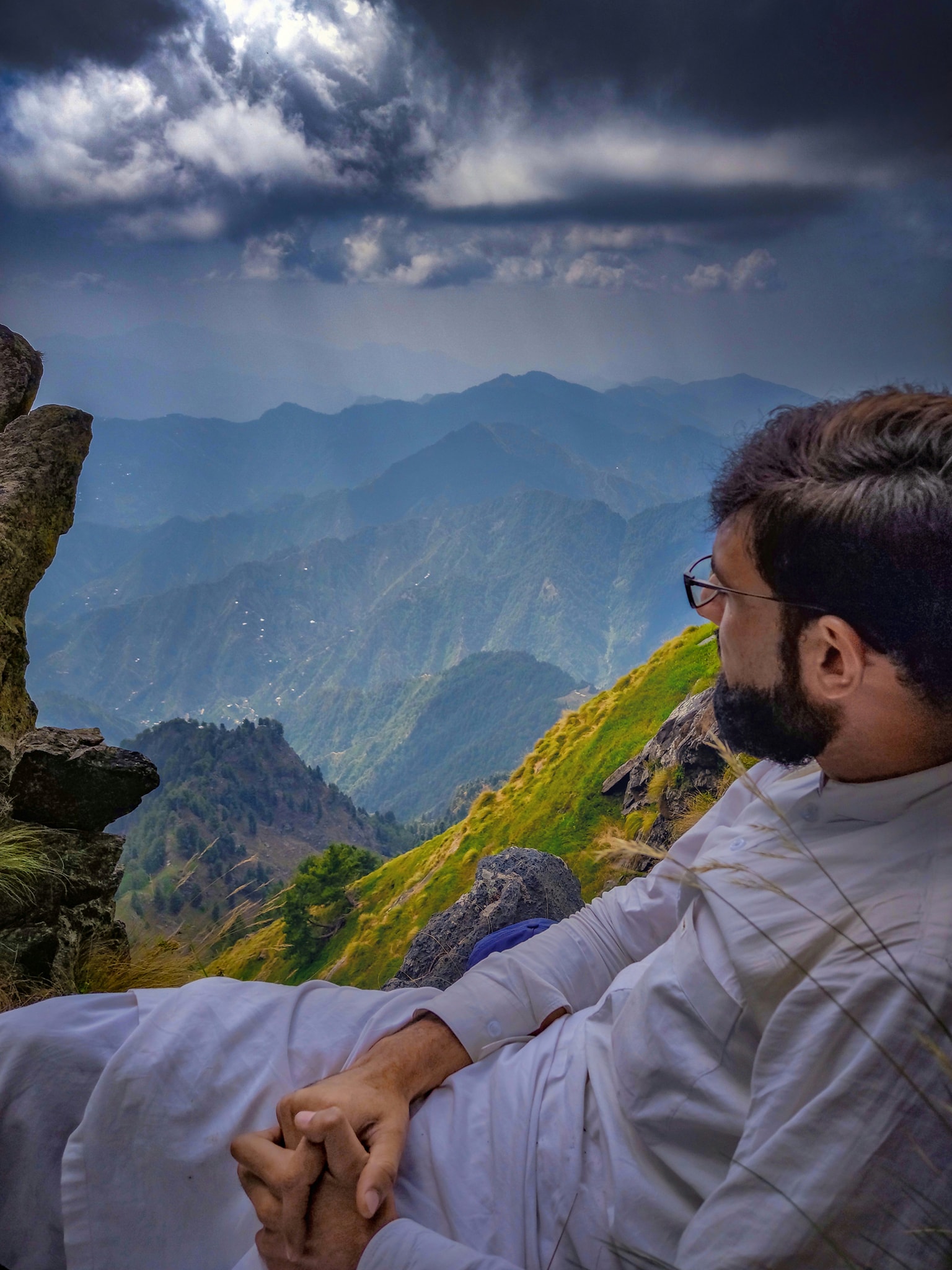 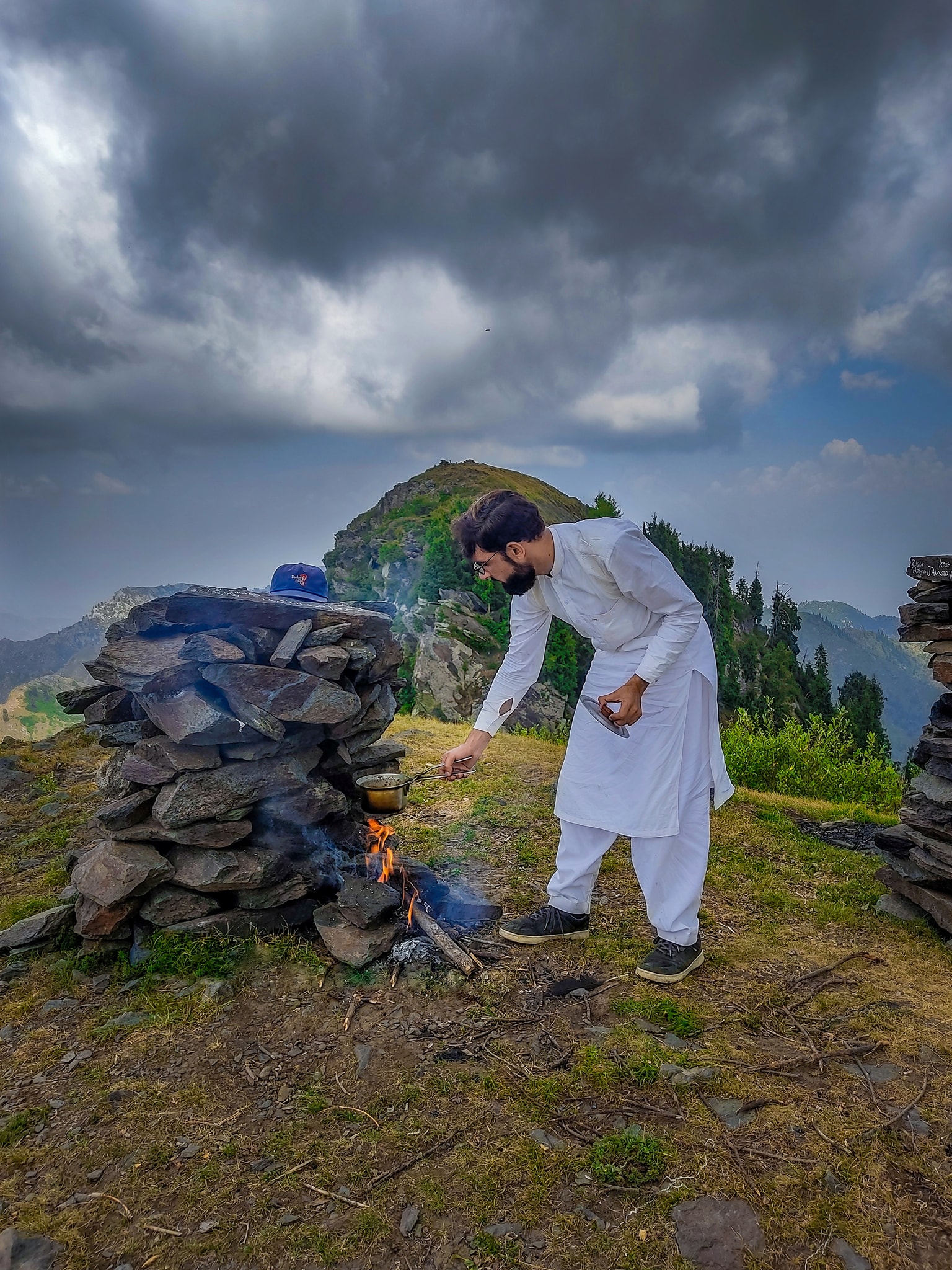 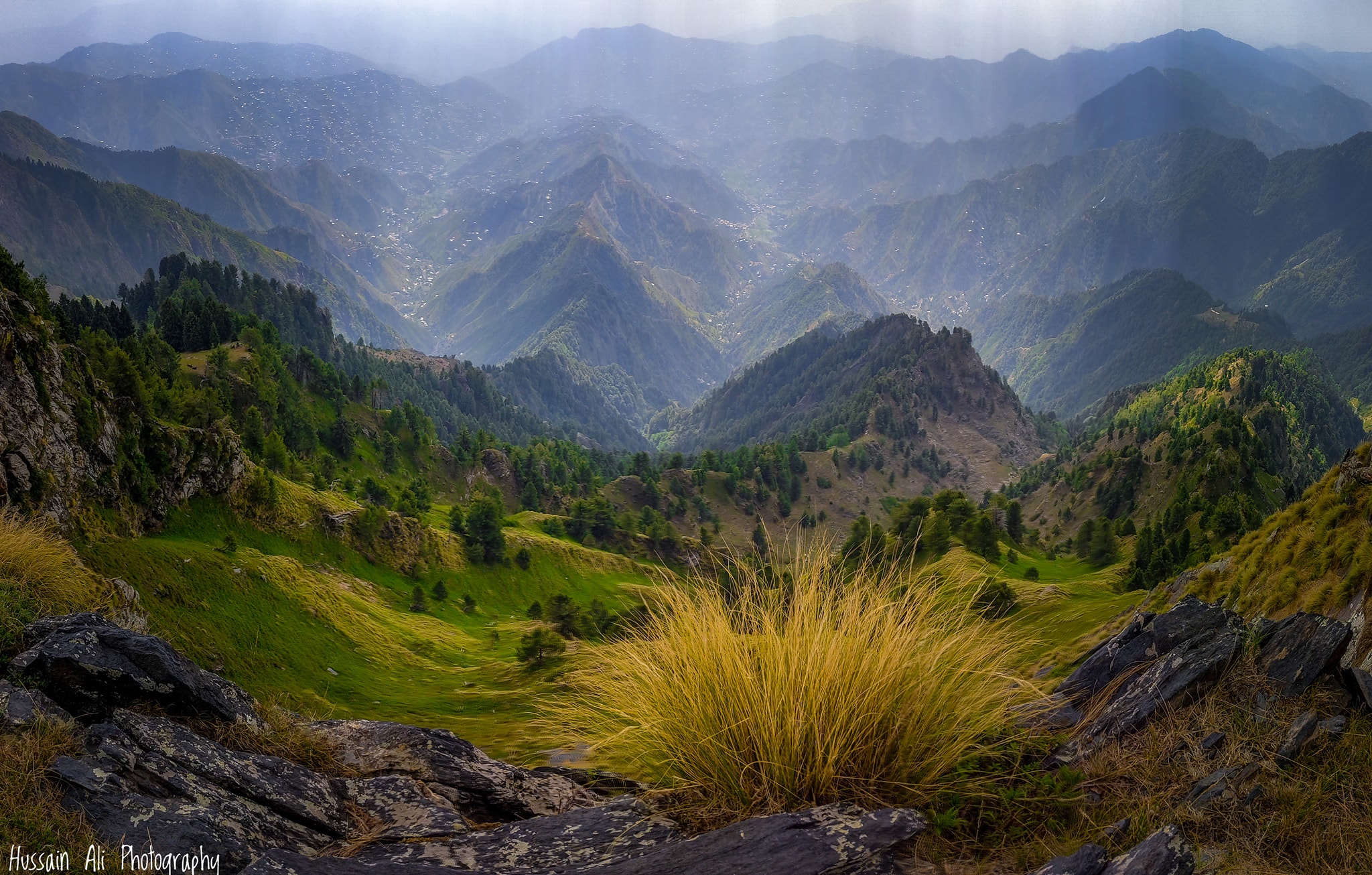 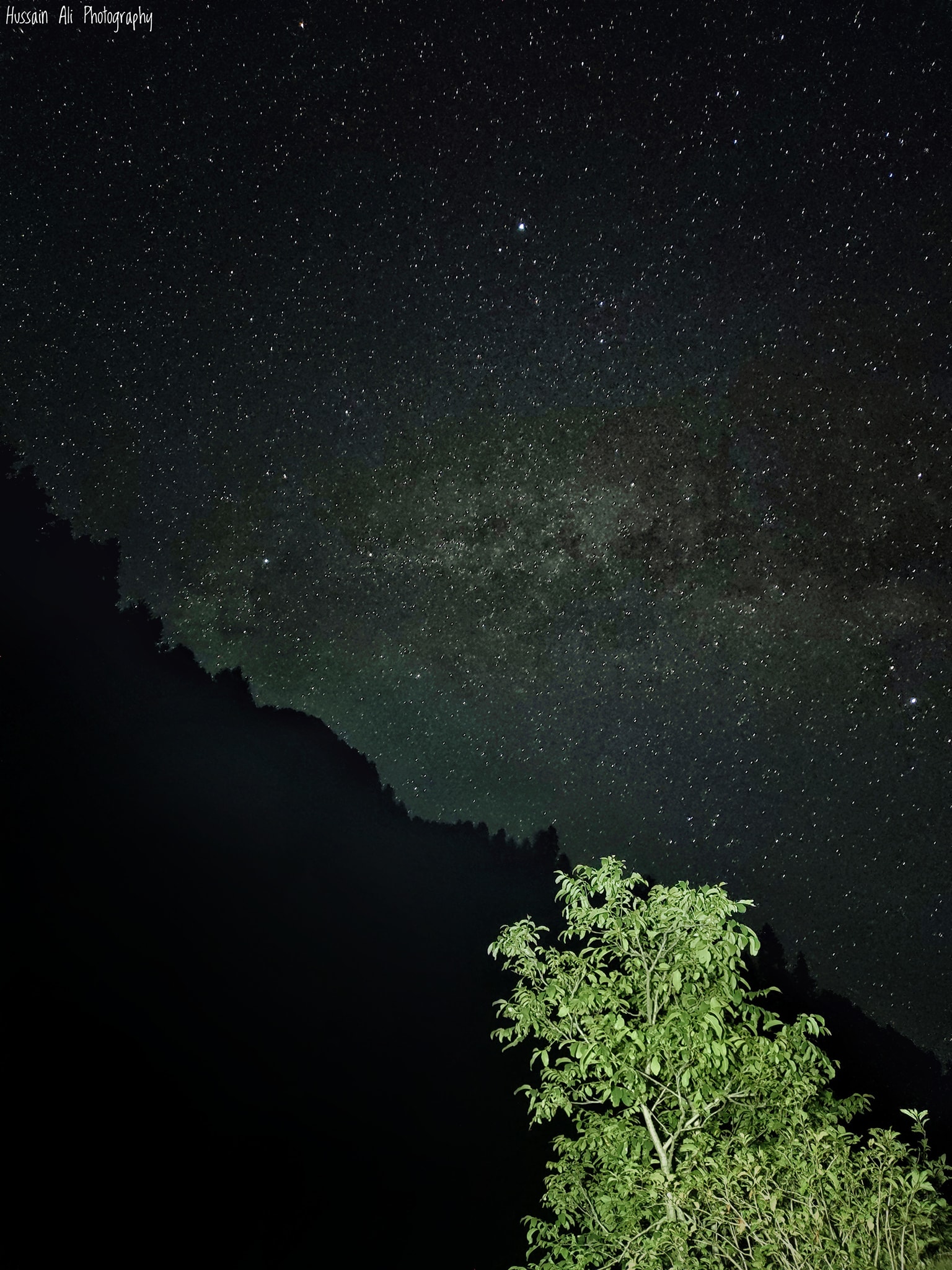 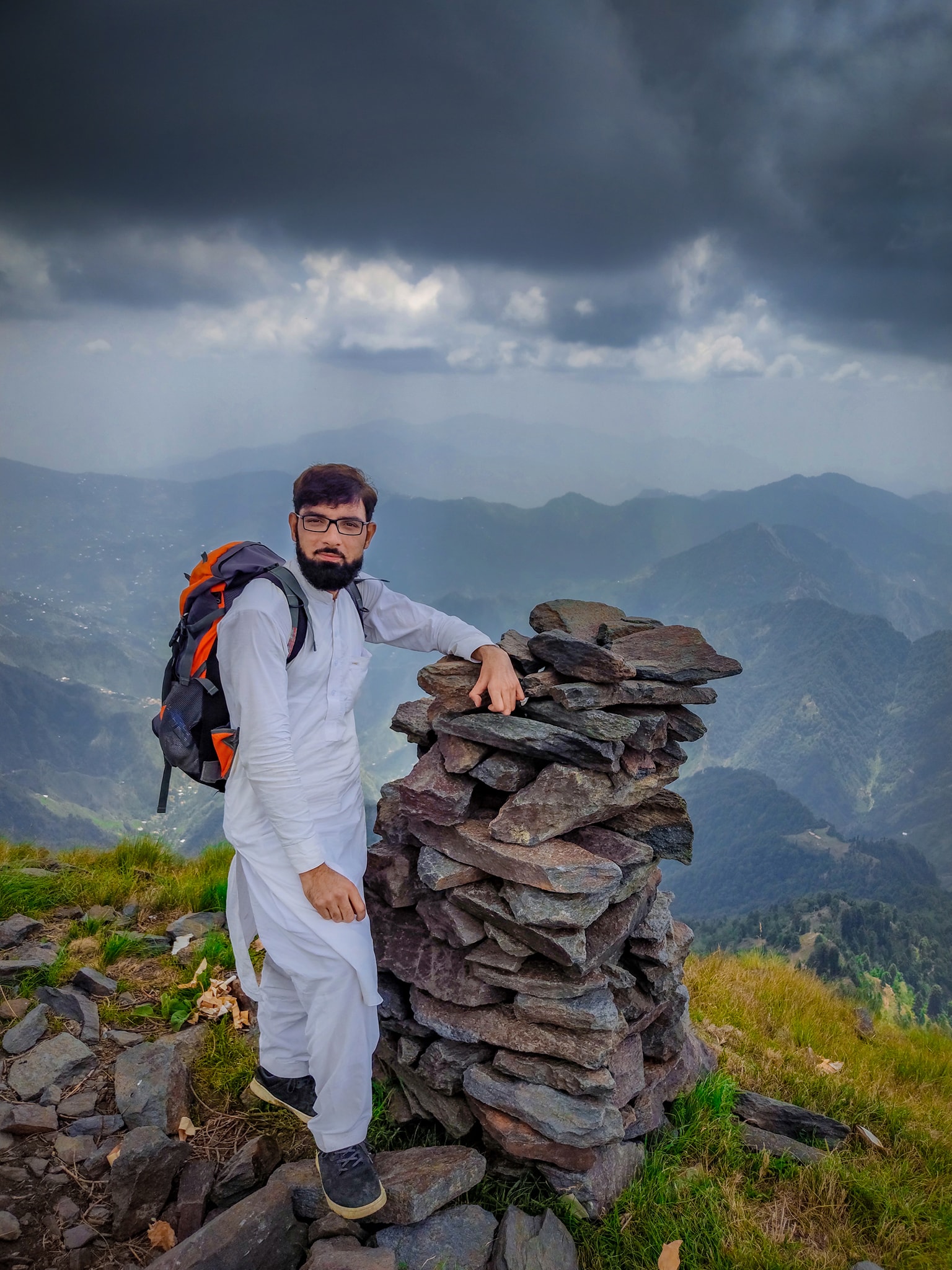