An Indian soft-shell Turtle (Nilssonia gangeticus) caught by a fisherman at river Swat recently.
It is probably the first ever record of this reptile from river Swat.
But there are some serious questions ;
> As it is globally a (Vulnerable) species according to IUCN, does it mean that It has been present in this river for very long out of our sight because of its dwindling numbers?
> Or a pet-owner has released it into the river?
> Or its just a vagrant from the southern rivers and tributaries?
> If there is still a small population found there where it was caught , then WWF-Pakistan and Divisional Wildlife Office, Saidu Sharif need to take a step and halt fishing there as soon as possible.
Because this species is more threatened and rare than the national animal of Pakistan, Markhor. And I request them to arrange a proper research team and send them there to locate it and check the rest of population, if any is present. 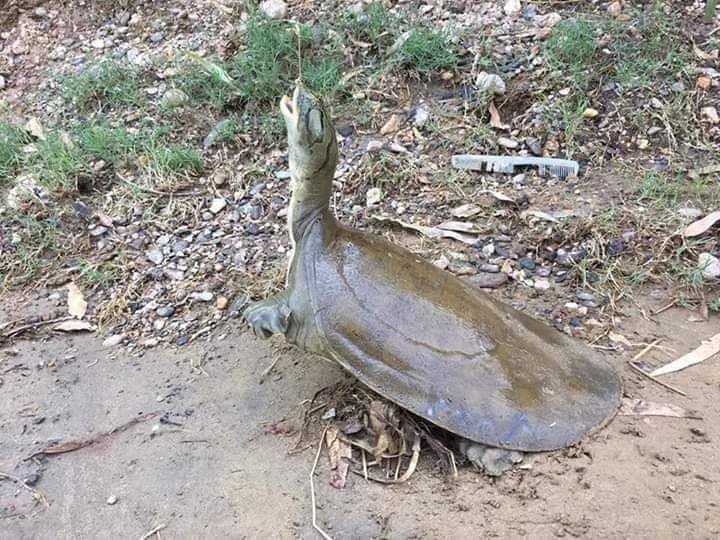