Miandam, swat valley
Miandam is a charming hill station located in Khyber Pakhtunkhwa, Pakistan, in the foothills of Hindu Kush mountains.[1] It is located at a distance of 55 km away from Mingora the capital of Swat Valley, and 56 kilometers (35 mi) from Saidu Sharif.[2]

Miandam is enriched in medicinal plants, owing to which the town is the site of a World Wide Fund for Nature project promoting sustainable harvesting of medicinal plants, and now about 1,000 people are dependent on the medicinal plant trade for their entire income.[3] The primary economy of the region is based on tourism and agriculture. While agriculture is mostly centered on corn and potatoes,[1] As of 1988, its population was 3,000;[1] but it is now estimated to be 20,000, including neighboring hamlets.[1][3]
tourism swat valley 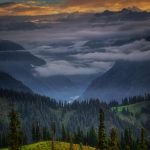 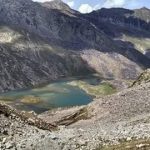