In a near downhill area the monumental remains of an entire vast inhabited district were brought to light (Gullini called it a “bazaar” so that, as Tucci wrote, “Alexander’s presence may gently blow all around us”), dated between the end of the 4th century BC and the 4th century AD.
The purpose of the surveys in the lower city was to “…find the city that Alexander’s troops stormed, follow the wake of its early settlements up to the conquest of Mahmud in the 11th century” (G. Tucci, La via dello Swat). In the specific case of the settlement on the Udegram plain it was decided to reconstruct the grid of the ancient streets and the individual inhabited areas. The vast city district was extensively surveyed during five campaigns under the direction of Prof. G. Gullini. Entire habitation blocks were brought to light, which had been constructed according to a precise urban layout, crisscrossed with streets in beaten earth with shale facings and drainage ditches. Each inhabited block can be divided into two complementary units, constituted by a sector of habitations and by a series of workshops giving on to the street. The settlement also included more finely constructed dwellings, with colonnaded courtyards or prevalently wooden pilasters. 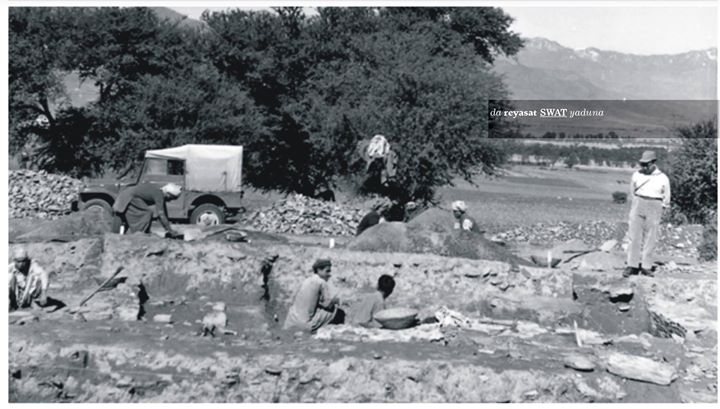