Swāt (Pashto/Urdu: سوات pronounced [ˈswaːt̪]) is a river valley and an administrative district in the Khyber Pakhtunkhwa Province of Pakistan. It is the upper valley of the Swat River, which rises in the Hindu Kush range. The capital of Swat is Saidu Sharif, but the main city in Swat is Mingora. It was a princely state, the Yusafzai State of Swat, until 1969, when it was dissolved along with the states of Dir and Chitral and made part of Khyber Pakhtunkhwa. With a population of 2,309,570 according to the 2017 census, Swat is the third-largest district of Khyber Pakhtunkhwa.

With 52 lakes, high mountains, green meadows, and clear lakes, it is popular with tourists. Queen Elizabeth II during her visit to the Yusafzai State of Swat called it “the Switzerland of the east.” Swat is surrounded by Chitral, Upper Dir and Lower Dir in the West, Gilgit-Baltistan in North Kohistan, Buner and Shangla in the East and south East. The southern tehsil of Buner was granted the status of a separate district in 1991. Swat is populated mostly by ethnic Pashtuns and Gujjar and Kohistani communities. The language spoken in the valley is Pashto, with a minority of Torwali and Kalami Kohistani speakers in the Swat Kohistan region of Upper Swat.

HISTORY
Swat has been inhabited for over two thousand years. The first inhabitants were settled in well-planned towns. In 327 BC, Alexander the Great fought his way to Odigram and Barikot and stormed their battlements. In Greek accounts these towns have been identified as Ora and Bazira. Around the 2nd century BC, the area was occupied by Buddhists, who were attracted by the peace and serenity of the land. There are many remains that testify to their skills as sculptors and architects. Later some Dilazak entered the area along with Sultans from Kunar and their tribe was styled as Swatis. The originator of the present family of Swat was the Muslim saint Akhund Abdul Gaffur, more commonly known as Saidu Baba. He was a pious man and the people respected him so greatly that they called him Akhund Sahib.

During the mid-19th century, Muslim tribes were fighting against each other for the possession of Swat Valley. On the intervention of the honourable Saidu Baba, the killing was stopped, and such was his influence that the chiefs of all tribes unanimously made him the ruler of the valley. Saidu Baba administrated the valley according to Muslim laws. Peace and tranquility prevailed, and agriculture and trade flourished in the territory. Saidu Baba had two sons by his wife, who belonged to Naik pi Khel (نیک پی خیل).

After the death of Saidu Baba, the tribal chiefs again started fighting and killing, which continued for years. Eventually the tribal chiefs agreed to give the control of the valley into the hands of the honourable Gul Shahzada Abdul Wadood, the son of Mian Gul Abdul Khaliq, son of Saidu Baba. The wife of Mian Abdul Wadood was the daughter of Afzal-ul-Mulk, the ruler of Chitral. The British by trick put Chitral under the suzerainty of Kashmir. The Chitral ruler gave two horses every year to the Rajia of Kashmir, and the Raja provided Chitral with grain and sugar, etc. Swat thus went under protection of the British.

During the rule of Mian Gul Muhammad, Abdul Haq Jehanzeb, the son of Mian Abdul Wadood Sahib, the state acceded to Pakistan in 1947. The Princely State of Swat (Urdu: ریاست سوات‎) was a province of the Durrani Empire ruled by local rulers known as the Akhunds, then until 1947 a princely state of the British Indian Empire, which was dissolved in 1947, when the Akhwand acceded to Pakistan. The state lay to the north of the modern Khyber-Pakhtunkhwa Province of Pakistan and continued within its 1947 borders until 1969, when it was dissolved. The present prince, Muhammad Aurzngzeb Khan, son of Jahanzeb, married the daughter of Field Marshal Mohammad Ayub Khan in 1955. Thus by intermarriages with the other castes, the family became a branch of the imperials i.e., the Royal family of Swat valley which laid down the foundation of Swat kingdom. Jahanzeb started a degree college at Saidu Sahrif, the capital of the state, and four high schools at Mingora, Chakesar, Matta and Dagar. Fourteen middle schools, twenty-eight lower middle schools, and fifty-six primary schools were established. A girls high school and high class religious schools were established at Saidu Sharif. At all the schools, the poor students were granted scholarships. The state was an exemplary state during British rule. They also have a firm stand in politics of Pakistan. A member of the family Prince Miangul Aurangzeb was also Governor of Baluchistan.
tourism swat valley 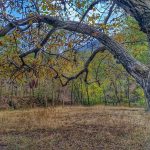 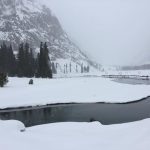