I have been insulted by many peoples as my surname is Chutia . Chutia is not a slang it’s our community and most of those who belong to this community write their surnames as Chutia. I belong to this community and I am proud of it. The word “Chutia” or “TSutia” is actually derived from the word “Chutika”. Chu means pure/good in Deori-Chutia language, whereas “Tika” means tribe/clan. The Deoris(priests of Chutias) still use the suffix Tika in their clan names like Machiotika, Bikarmiyatika, Chakusarutika, etc. Gradually, with the influence of Prakrit, the word transitioned to Chutia(like Assamiya, Bhutiya, etc) Deodhai Buranji mentions the Chutias as Chutika. There is a sloka in the Buranji which reads,

Chutias ethnically to the Tibeto-Burman Kamrupi groups of ancient Assam which falls under the larger Sino-tibetan family. Originally it was part of a single group of people who migrated from ancient China around 4000 years ago and are today known by various names such as Bodos, Kacharis, Dimasas, etc.

We have a rich history dating back to prehistorical times. Our ancestors were among the first settlers in the Northeast of India and settled in the states of Assam and Arunachal Pradesh.

The Chutias probably separated from other Bodo-Kachari groups in the 7th century. There is mention of a Chutia kingdom existing from the 7th century founded by a cheif named Asambhinna, who lived on the banks of Brahmaputra. His dynasty ruled Upper Assam(probably as a vassel state under Kamrupa) until the invasion of Mao king Samlungpha in the 12th century. This history was found in an Assamese manuscript found with the Burmese(taken from Assam during the Burmese invasion) and recorded by a British historian N.Elias in his book. The separation from the rest of the group during the time of Salasthambha rule can also be attributed to the foklores of the community.

One such folklore prevalent among the community notes a hill by the name of ”Sotai-Parvat”. The folklore states that at a very early time, the plains of Assam was a marshland devastated by frequent floods which made the people settle in the hills. The sky was said to be very close to the ground(probably as it was covered by clouds) and this annoyed the people a lot. One day an old women who knew magic attempted to solve the issue, but instead ended up removing the sky completely. This made the place very cold and dark. So, the people migrated from the place and gathered together in a hill named Sotai-Parvat. They stayed there for sometime and then shifted to the plains due to some reason. One group crossed a mighty river(probably Brahmaputra) and the other did not. This is how the Chutias scattered around the region. It is interesting to note that there still exists a hill named ”Sotai pahar” in today’s Sonitpur district (previously known as Hadappesvara). per another folklore of the Chutia priestly community ”Deoris”, Bhirmukka was the descendant of a king named ”Subahu-Chutan”. This ancestor can be identified to be the second last king of Bhauma dynasty(20th king after Narakasura). It is believed that once king ”Subahu-Chutan”, motivated by his desire, wanted to marry goddess ”Pisasi-dema”(Dikkarvasini). When proposed, the Goddess playfully put a condition before him that if he would be able to build a stone temple with a copper roof and a stone staircase from the temple to the river within one night before the cock crows to indicate Dawn, then she would surely marry him. If however he failed the task, he as well his descendants had to forever worship the goddess. Subahu took it as a challenge and tried all with his might to do this huge task. When the king had almost accomplished his task and only the door was left to build, the goddess paniced. In order to prevent Subahu from completing the task, she created a cock out of her own hands and made it crow untimely to give the impression of dawn to Subahu. Duped by the trick, Subahu left the door half way through and promised to worship the goddess till eternity. As the door could not be complete, the Deoris of the temple always leave the door of the temple open.
CHUTIA KINGDOM

1. Establishment: After migrating to Northeast India about 3000-4000 years ago, our ancestors settled initially on the banks of Subansiri, Dikrong, Dibang as well as the hills all across Arunachal Pradesh and parts of Yunnan Province of China, and later spread throughout the plains of Upper Assam which includes Lakhimpur, Biswanath, Dhemaji, Tinsukia, Dibrugarh, and Sibsagar district. At that time, the region was scarcely populated by Austro-asiatic speaking people who were racially a mix of Paleo mongoloids and Australoids. There are neolithic sites of these people all over Sadiya, Lohit and Dibrugarh dating to about 2000–3000 BC. The mother goddess cult of Kechai Khati popular among Chutias was a contribution 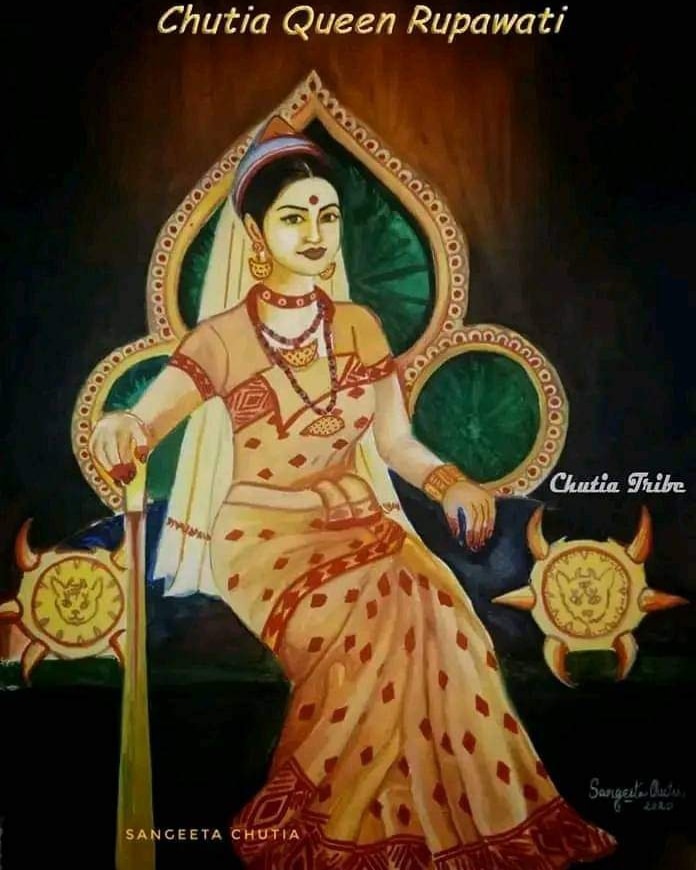 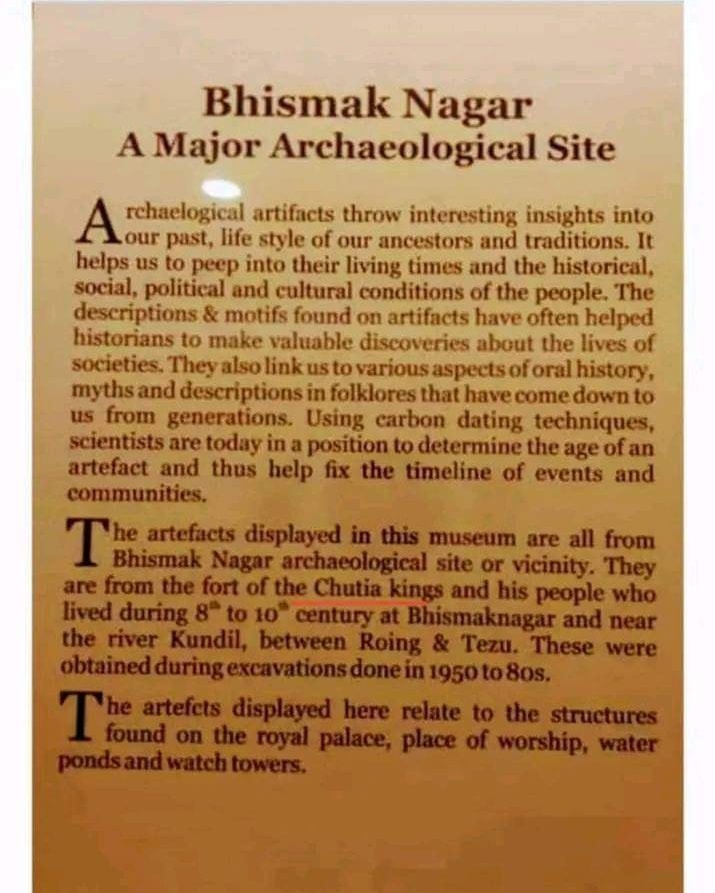 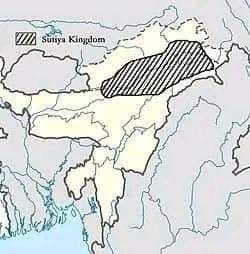 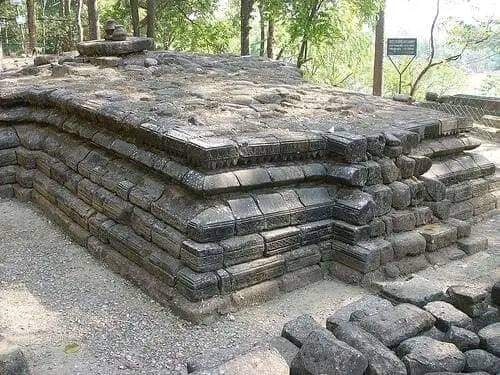