Swat’s first Nazim Swat Colourful Sports Festival-2019 Kicks off at Makan Bagh.
****************************************
A colourful first Nazim Swat Sports Festival-2019 carrying 28 different games with 3000 players got under way under the aegis of Regional Sports Officer Swat, District Govt and District Administration at Makan Bagh Sports Complex today on March 3, 2019.
Nazim Swat Muhamnad Ali Shah and Deputy Commissioner Swat Saqib Raza Aslam graced the occasion as guests and formally inaugurated the colourful sports festival. Naib Nazim Abdul Jabbar Khan, Tehsil Nazim Babozai, Additional Deputy Commissioner Swad Ali, Tehsil Nazim Khazakhala Usman Khan, Chairman Finance Committee Fazale Mehboob, Chairman Sports and Culture Commissioner Maqsood Ali Khan, Regional Sports Officer Hazrat Ullah Khattak, officials, players and large number of spectators were also present during the opening ceremony.
The colourful opening ceremony was started with the recitation from the Holy Quran by Hafiz Bilal Khan, followed by traditional Turban distributions among all the guests by Maqsood Ali Khan and Hazrat Ullah Khan.
All the participating contingent of all 28 different Games took part in a smart and impressive March Past. The contingent led by the youngest ever eight-year-old Ayseha Ayaz, hailing from Swat, who recently won bronze medal in the international Taekwondo tournament held in UAE.
The marchers received thundering applauses from the sitting spectators when the March Past on the tones of doll (drums) surna (pipe) which turned the whole complexion into a melodious one. Ayseha Ayaz also got thundering applauses from the sitting spectators when carried the national flag.
Soon after the March Past the players presented a stunning Taekwondo and Gymnastic demonstrations which largely enjoyed by the cheering spectators. Ayseha Ayaz exhibited her team and individual Kattaon this occasion.
Speaking on this occasion, Deputy Commissioner Swat Saqib Raza Aslam appreciated the organizing committee for holding the Festival in which a record number of male and female athletes are taking part in 12 female and 28 male Games.
He said Swat District would also be hosting National Women Badminton Championship besides wants that the sports activities continue for whole of the year so that to provide ample opportunities to the youth to come and show their hidden talent.
He said sports is the integral part education and that is why the present government is given due importance to sports activities because at one side it would benefit the youth physically and mentally but on the other side help in establishing a healthy society. He said besides badminton, national table tennis, football and hockey at Inter-Regional level would be organized.
DC Swat and Nazim Swat appreciated Regional Sports Officer Hazrat Ullah and Maqsood Ali Khan and his team for organizing the event wherein players from across District Swat are taking part. He said the present govt is giving due importance to education and sports because it relates with youth which are the future builders of the nation. He said such like Festival would be organized on regular basis.
At the DC Swat and Nazim Swat give away shields to the participants, members district council and members of the organizing committee. The Festival would continue for one week before the prize distribution ceremony. 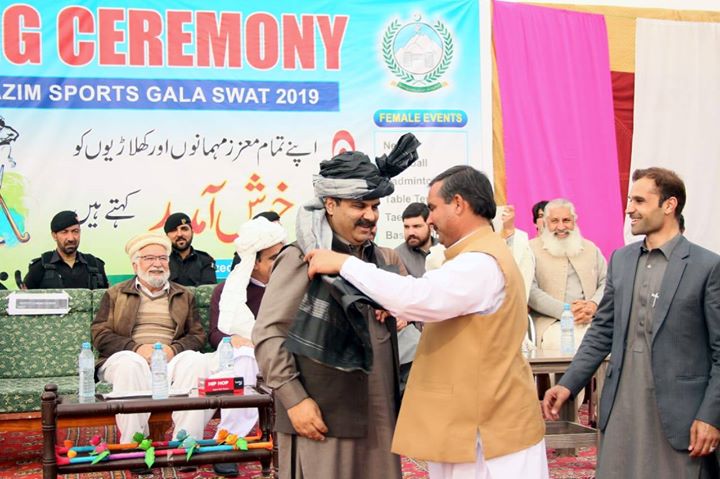 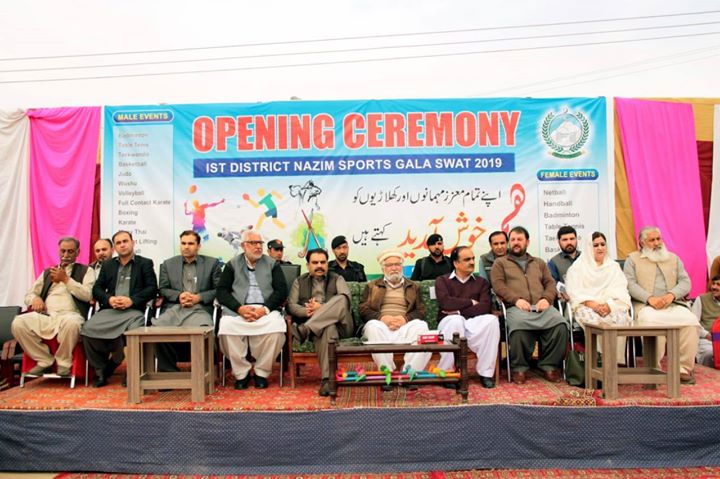 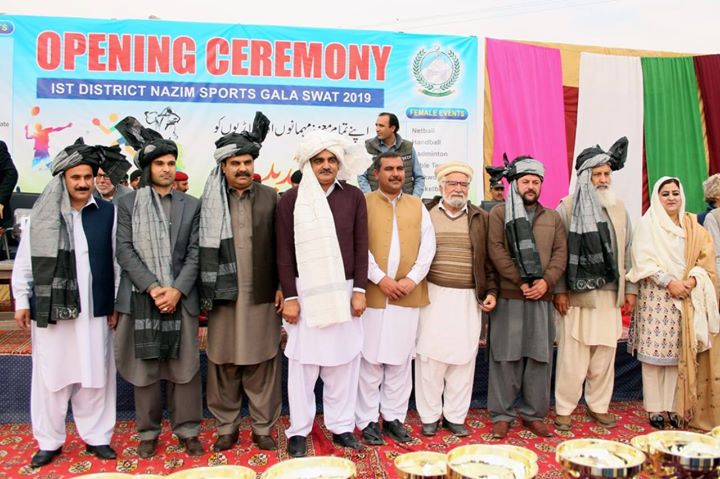 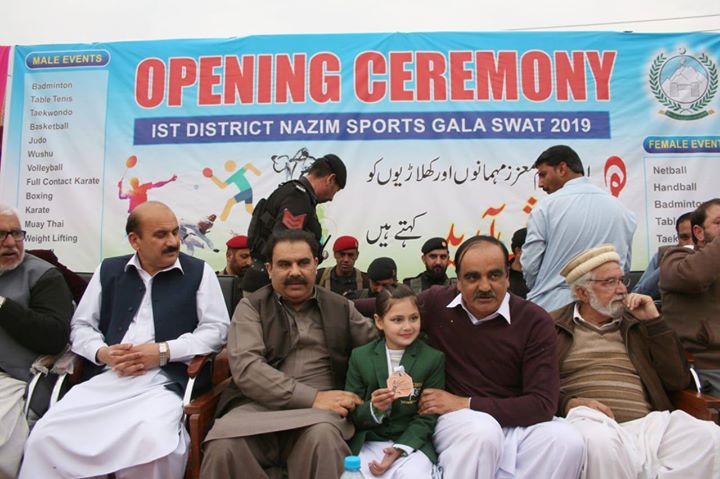 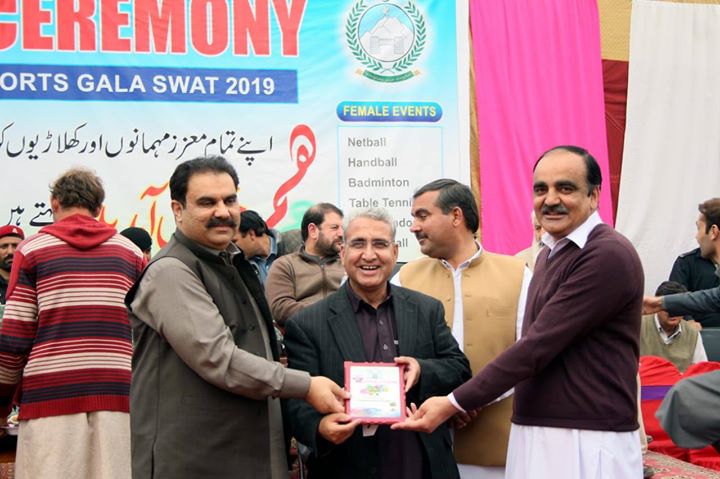 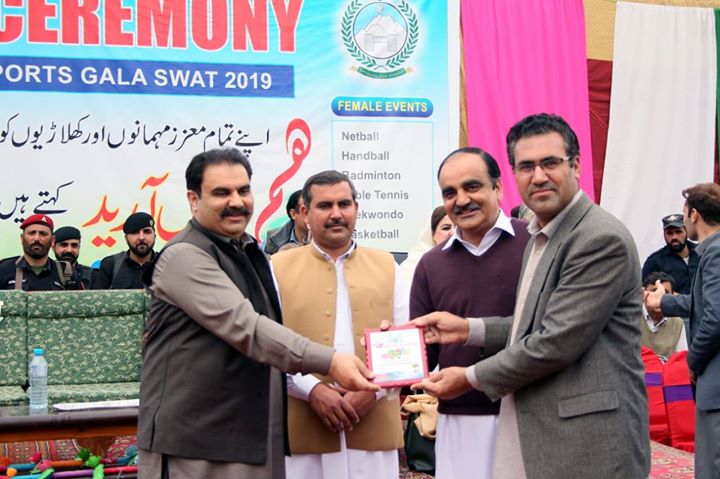 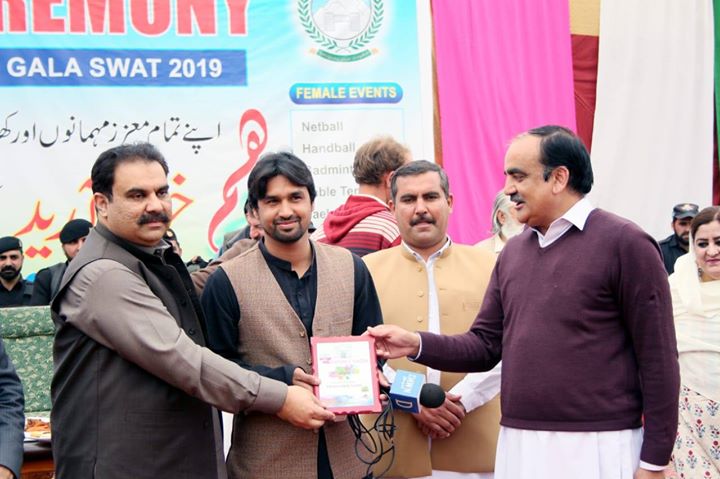 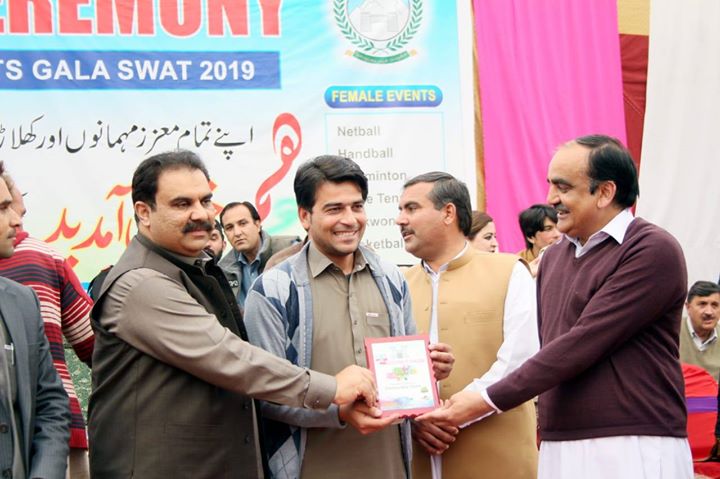 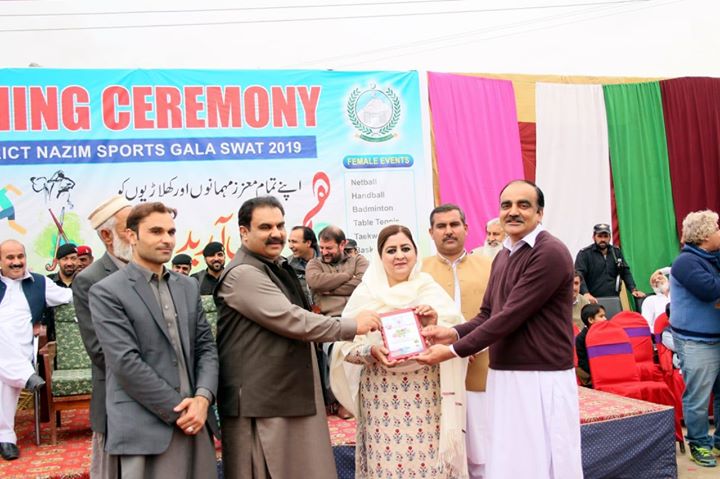 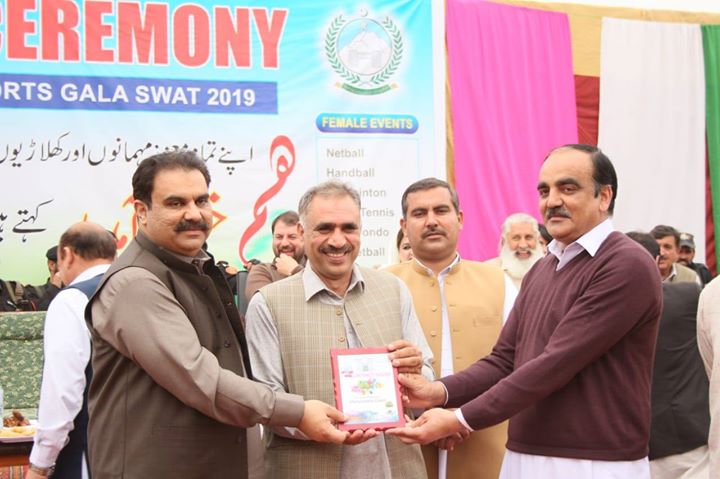 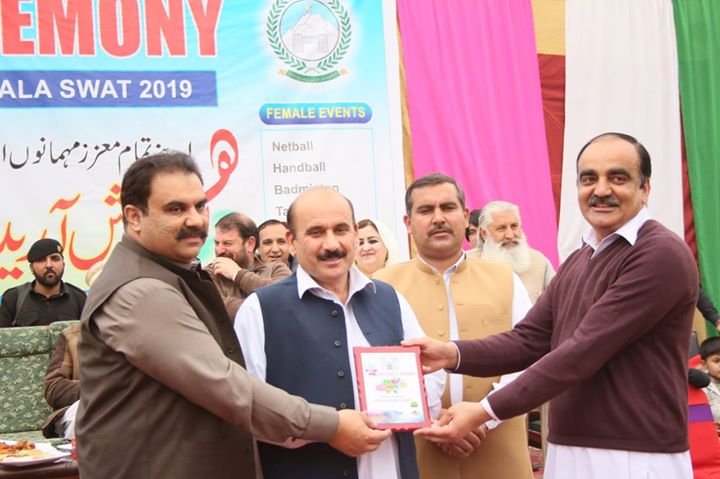